How a movie can stir up feelings and memories

When I first received an invitation to view the film ‘Crip Camp’, I was a bit put off by the name. However, as it was the beginning of the disability rights movement and the independent living movement in the United States, and the relationships and shared determination of the people who first met at Camp Jened in the ’60s and early ’70s, I decided to go ahead and watch it.

The movie that was only put together this year brought back many memories of my own involvement, over the years, with people with disabilities and their struggle for rights and to have the same opportunities to live life like everyone else does.

Let’s go back to the name and reflect on the language used to describe some people with disabilities, such as cripples, spastics, retards and subnormal. If you go back even further people would have been called, feeble-minded, insane, lunatics and imbeciles. In Australia organisations have now changed their names, but did you know that Northcott was called The NSW Society for Crippled Children (established in 1929 and like referenced in the film set up primarily as a response to the Polio outbreak), The Cerebral Palsy Alliance was known as the Spastic Centre (Miss Australia Quest/Competition from 1957 to 2000) and Achieve was the SCWA (Subnormal Children’s Welfare Association established in 1952).

Many services, like already mentioned above, were set up in Australia during the first six decades of the 20th Century by parent groups or doctors - many were initially set up as schools and then as the children grew to adulthood, many went on to create day programs and accommodation services. Many were given similar names such as Lorna Hodgkinson Sunshine Homes (now Unisson), Sunnyfield, Sunnyhaven and Sunnyhurst! The idea behind this being to give a bright future to the residents.

One of the young women living at Marsden was the daughter of Vern Barnett, whose father and a number of other families set up the Autistic Children’s Association of NSW in 1966, now known as Aspect. The School at Forestville is named after him.

I commenced my Mental Retardation Nursing Certificate in 1973 at Marsden Hospital at Westmead (established in 1969), set up as a state of the art institution, initiated by Dr Alan Jennings a child psychiatrist, primarily caring for children who were retarded. We didn’t really nurse these kids, rather provided for their day to daycare - leisure and recreation and daily living tasks, personal care and skill-building.

At this time many families were still being advised to place their children in institutions and in some cases to not have contact with them. Marsden had a school for those kids who were diagnosed with a mild or moderate ID, but many others spent their days on the wards with the occasional walk in the grounds. Outings were mostly in BIG groups, generally on the BIG bus to places like the Blue Mountains or Warragamba for a picnic lunch. (not much different to nowadays in some instances, only the groups are smaller). About this time Marsden Rehabilitation Centre (MRC) was set up in Parramatta at the Old Kings School. This was for adults, many of the residents being transferred from Institutions up north, such as Watt Street and Peat and Milson Islands. Many of this first group to move to MRC were very capable and were able to access Parramatta and beyond using public transport. There was a sheltered workshop, with some clients accessing jobs in the community, some crews working with the local council and some at the Sydney Woollen Mills (the previous site of North Parramatta Bunnings, with original facade remaining). Truth be known some of these people didn’t even have an intellectual disability - several with Cerebral Palsy and others borderline IQ!

Below is a link to an article and photographs, including photo number 11, which is admission documentation to Watt Street, Newcastle, under the Lunacy Act. This person, John, was admitted in 1952, the paperwork being signed by the father. The family resided in Middle Head Road, Mosman. Now the extension on the hotel, The Buena that you would pass as you head down towards the Ability Consultants Office.

I completed my Psychiatric Nursing Certificate from 1976 to 1978. Did you know that Gladesville Hospital, originally known as Tarban Creek Lunatic Asylum, was designed by the Colonial Architect, Mortimer Lewis. The first patients arrived from Liverpool Asylum and the Female Factory at Parramatta in 1838. The last in-patient services were closed in 1997. As a 20 year old I found a number of the experiences confronting and challenging. The Admission Ward with people who were acutely mentally unwell; placing people in padded rooms, lots of injections and medication and accompanying a number to ECT! The Women’s Locked Ward (several of the women here had an ID and a couple had committed murder); having to lock a number of people in rooms at night and counting the cutlery after meals before patients were allowed to leave the dining room. The Back Wards were where the chronic patients resided. Many of them had lived at the hospital for a long time. They had suffered from long term mental illness with multiple admissions to hospital, some as a result of prolonged use of alcohol or analgesics (BEX and Vincents being major culprits, particularly for women). While I was there two wards were set up for people with an Intellectual Disability.

I didn’t work at Cumberland Hospital, however have added a link here for those interested.

I first met John Roarty in the early 1980s. He was a gentleman with Cerebral Palsy who was born in 1921 and at the age of 16 (1937) was institutionalised. He lived at Weemala (Royal Ryde Homes) until his death in 1996. In 1971 he formed the Residents Committee in response to the lack of electric wheelchairs and curfews placed on the adult residents. In 1981, The International Year of Disabled Persons (IYDP), John’s dream of writing his life story was realized when his book “Captives of Care” was published. Two years earlier a movie had been made. In his book he stated that the story had been about “domination and the power of authority and our struggles to curb that power, and assert our independence and our rights as human beings”.

Before there were proper modified vehicles, John had bought a VW Combi which he’d had very basic modifications added to allow him to access the vehicle in his wheelchair which could then be secured. Due to his severe physical disability he was unable to drive, and I remember being asked to drive him to a People With Disability (PWD) meeting. That was an experience I must say! The early 80’s were a really interesting time. It was IYDP and many committees and groups being set up at the time were made up mainly of people with physical disabilities, I remember supporting a number of people with Intellectual disabilities to get involved and participate in these committees and groups and to also speak at conferences. In 1981 I was also involved with a group who ran a conference for people with ID which was attended by members of a self advocacy group from Melbourne. A number of these people went on to be founding members of PWDA and Self Advocacy NSW. The film allowed me the opportunity to reflect on the camps that I had been involved with, or run myself. The first was in 1978 when I was a community nurse working in collaboration with Ryde Council and unemployed youth. We held a very successful 4 day camp at Crosslands, Galston. This was a truly wonderful experience for both groups to come together and get to know and appreciate each other.

In 1981 and 1982 I organised camps (2 nights) at Camp Berringa, at Grossvale. These were terrific fun and a fantastic experience, with campers participating in the cooking and running of activities.

Coffee Shop was a social group for people with disabilities, between the ages of 15 and 35. The first one was set up in the mid 70’s in Parramatta by a program officer from MRC. I was involved in 1978 setting one up in West Ryde and subsequently Bankstown and Liverpool. By the time we formed the Coffee Shop Association in 1980 there were a substantial number of Coffee Shops across Sydney - Pitt Street; Chatswood; Dee Why; Haberfield, Penrith and Turramurra.

Coffee Shops were usually held weekly (ours was on Wednesday evenings) and the idea was to enable people to come together to socialise - chat, drink coffee, play board games and listen to music. Participants were encouraged and supported to take drink orders and prepare drinks as well as take on responsibilities such positions such as President, Secretary and Treasurer (with support).

West Ryde was facilitated by myself and another community nurse, with a number of social work students assisting us. Others were run similarly with a few lucky enough to be funded for a paid coordinator. Lots of other outings and social gatherings happened beyond the weekly meetings.Our group had a few blossoming relationships and a couple of marriages. The coffee shop organisation had several combined meetings and we also published a newsletter.

This leads me to reflect on the issues that came up for a number of couples who attended the Coffee Shop Social Group - also highlighted in Crip Camp. Picture a developing romance and the opportunities that most young people have to be intimate. Picture a couple in their early 30’s,both who are still living at home. Neither drives and the only regular time they can see each other is weekly. Picture the shock when myself and my coworker realised that some of these people were having sex in the local Coles carpark and what the ramifications would have been if they had been caught. Then picture the reaction of the persons who worked in the facility we were hiring, if they had found out what was happening in their offices! Thank goodness they never did.

I have lots more to say, but should probably sign off now as this is becoming a novel! Maybe I’ll follow up with part 2 very soon. 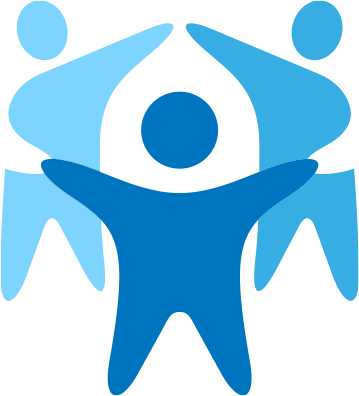